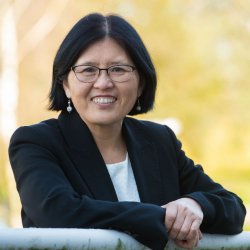 Bio: Liqun Chen is a Professor in Secure Systems at the University of Surrey. Prior to taking this position in 2016, she was a principal research scientist at Hewlett-Packard Laboratories, Bristol, UK. During her 19 years working for the company, she has obtained 78 granted US patents with 28 further applications pending. She developed several cryptographic schemes that were adopted by International Standards bodies, ISO/IEC, IEEE and TCG (Trusted Computing Group). In particular, she designed several cryptographic algorithms (including direct anonymous attestation and the multiple signature interfaces) used in the Trusted Platform Module (TPM). She co-authored the paper “Direct anonymous attestation”, which was originally published at ACM CCS 2004 and received a Test of Time award at ACM CCS 2014. She was the technical leader and principal investigator in the EU H2020 FutureTPM project, which identified and developed algorithms for a TPM that will be secure against quantum computer attacks. She is also a principal investigator in several other EU Horizon projects, which make use of trusted computing and distributed ledger technologies to achieve security and privacy in real world applications. Her current research interests are applied cryptography, trusted computing, and network security.

Bio: Raj Jain is Barbara J. and Jerome R. Cox, Jr., Professor of Computer Science and Engineering at Washington University in St. Louis. Previously, he was the CTO and one of the Cofounders of Nayna Networks, Inc – a next-generation telecommunications systems company in San Jose, CA. He was a Senior Consulting Engineer at Digital Equipment Corporation in Littleton, Mass, and then a professor of Computer and Information Sciences at Ohio State University in Columbus, Ohio.

Dr. Jain is a Fellow of IEEE (1993), a Fellow of ACM (1995), a Fellow of AAAS (2012), and a Fellow of Academy of Science St. Louis (2018). He is a recipient of the 2018 James B. Eads Award from Academy of Science, Saint Louis, 2017 ACM SIGCOMM Lifetime Achievement Award, 2015 A. A. Michelson Award from Computer Measurement Group, 2014 Distinguished Alumnus Award from Indian Institute of Science, Bangalore Alumni Association, 2006 ACM SIGCOMM Test of Time award, and Center for Development of Advanced Computing – Advanced Computing and Communications Society (CDAC-ACCS) Foundation Award 2009, and WiMAX Forum Individual Contribution Award 2008. He is the author or editor of 12 books including ” Art of Computer Systems Performance Analysis,” which won the 1991 “Best-Advanced How-to Book, Systems” award from Computer Press Association and ” High-Performance TCP/IP: Concepts, Issues, and Solutions,” published by Prentice Hall in November 2003. He is a co-editor of ” Quality of Service Architectures for Wireless Networks: Performance Metrics and Management,” published in April 2010. 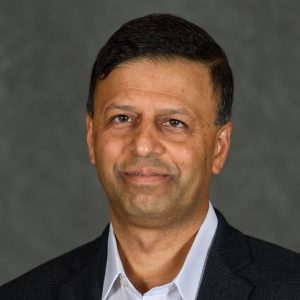 Bio: Nitin Vaidya is the Robert L. McDevitt, K.S.G., K.C.H.S. and Catherine H. McDevitt L.C.H.S. Chair of Computer Science at Georgetown University. He has held faculty positions in the Department of Electrical and Computer Engineering at the University of Illinois at Urbana-Champaign (2001-2018), and in the Department of Computer Science at the Texas A&M University (1992-2001). His current research interests include distributed computing, including distributed learning, privacy-preserving distributed algorithms and fault-tolerant algorithms. He has also performed extensive research in wireless networking. Nitin has co-authored papers that received awards at several conferences, including ACM MobiCom, ACM MobiHoc, SSS and ICDCN. He is a fellow of the IEEE. Nitin has served as the Chair of the Steering Committee for the ACM PODC conference, as the Editor-in-Chief for the IEEE Transactions on Mobile Computing, and as the Editor-in-Chief for ACM SIGMOBILE publication MC2R. He received Ph.D. from the University of Massachusetts at Amherst, Master’s degree from the Indian Institute of Science-Bangalore, and Bachelor’s degree from the Birla Institute of Technology and Science-Pilani.

Bio: Gaurav Sharma is with the University of Rochester, where he is a Professor in the Department of Electrical and Computer Engineering , Department of Computer Science , and Department of Biostatistics and Computational Biology. He is also a Distinguished Researcher in Center of Excellence in Data Science (CoE) at the Goergen Institute for Data Science . From 2008-2010, he served as the Director for the Center for Emerging and Innovative Sciences (CEIS), a New York state supported center for promoting joint university-industry research and technology development, which is housed at the University of Rochester. From 1996 through 2003, he was with Xerox Research and Technology in Webster, NY first as a member of research and technology staff and then as a Principal Scientist and Project Leader. He received the Ph.D. in Electrical and Computer Engineering from North Carolina State University, Raleigh, NC, and masters degrees in Applied Mathematics from NCSU and in Electrical Communication Engineering from the Indian Institute of Science, Bangalore, India. He received his bachelor of engineering degree in Electronics and Communication Engineering from Indian Institute of Technology, Roorkee (formerly, Univ. of Roorkee). 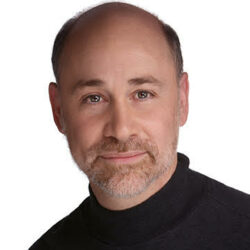 (Professor, The University of Chicago, USA)

Bio: Robert L. Grossman is the Frederick H. Rawson Distinguished Service Professor of Medicine and Computer Science and the Jim and Karen Frank Director of the Center for Translational Data Science at the University of Chicago. CTDS is a research center that focuses on data science and its applications to problems in biology, medicine, health care and the environment. He is a Director of the Open Commons Consortium, a not-for-profit that develops and operates data commons to support research in science, medicine, health care, and the environment. He is also a Partner at Analytic Strategy Partners LLC, which he founded in 2016. Prior to that, from 2002 to 2015, he was the Founder and Managing Partner at Open Data Group, which built and deployed AI and machine learning models over big data in financial services, insurance, healthcare and IoT. 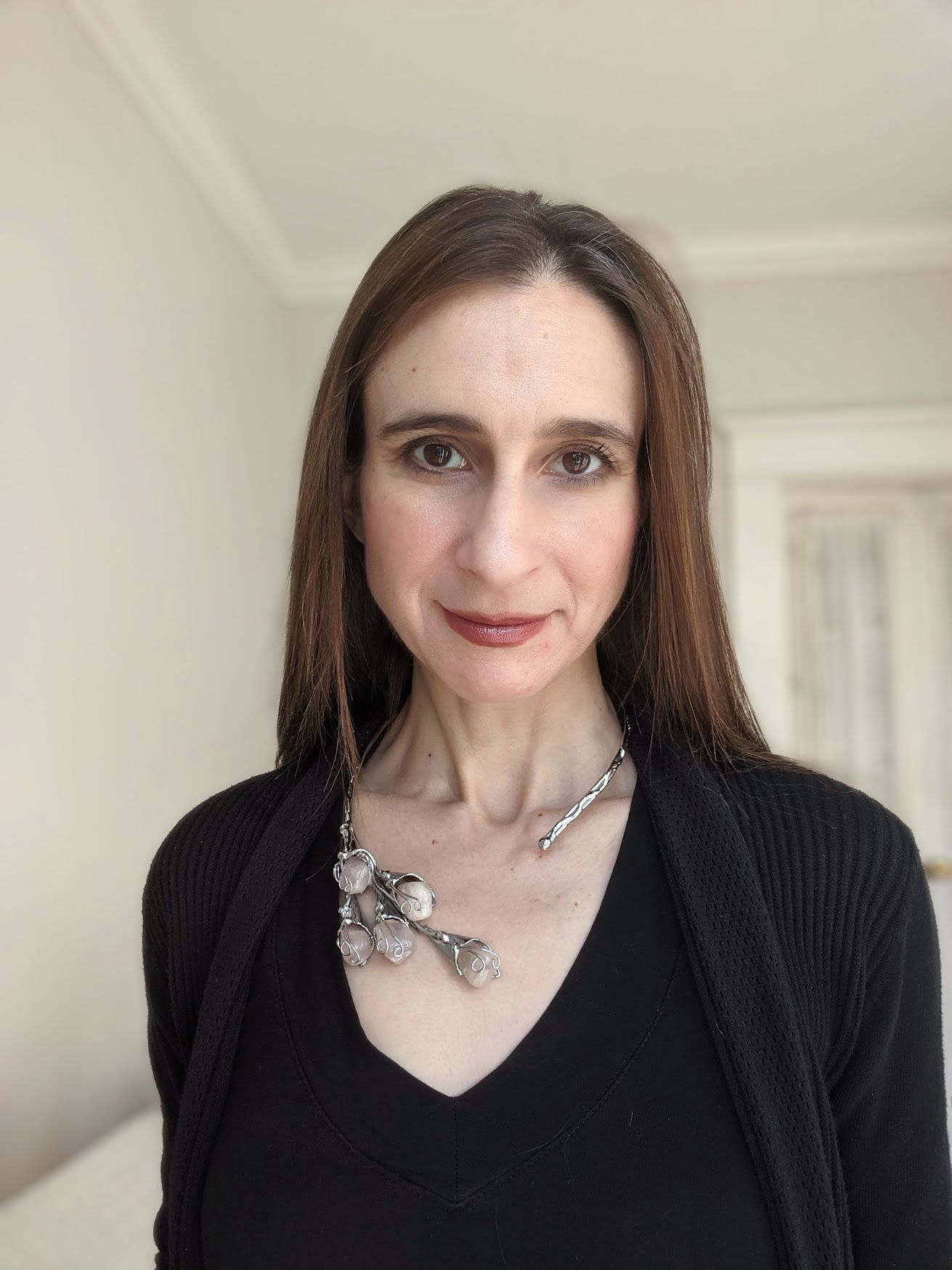 (Professor, The University of Chicago, USA)

Bio: Cynthia Rudin is a professor of computer science and engineering at Duke University. She directs the Interpretable Machine Learning Lab, and her goal is to design predictive models that people can understand. Her lab applies machine learning in many areas, such as healthcare, criminal justice, and energy reliability. She holds degrees from the University at Buffalo and Princeton. She is the recipient of the 2022 Squirrel AI Award for Artificial Intelligence for the Benefit of Humanity from the Association for the Advancement of Artificial Intelligence (the “Nobel Prize of AI”). She received a 2022 Guggenheim fellowship, and is a fellow of the American Statistical Association, the Institute of Mathematical Statistics, and the Association for the Advancement of Artificial Intelligence. Her work has been featured in many news outlets including the NY Times, Washington Post, Wall Street Journal, and Boston Globe. 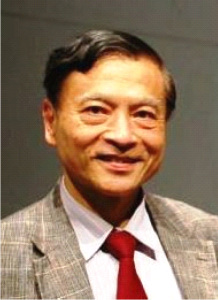 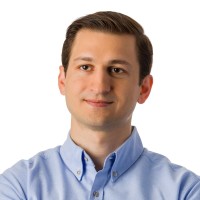 Bio:  Dr. Syrgkanis is the Principal Researcher at Microsoft Research, New England, where he is also co-leading the project on Automated Learning and Intelligence for Causation and Economics (ALICE). His research lies at the intersection of theoretical computer science, machine learning and economics/econometrics. He received his Ph.D. in Computer Science from Cornell University, where he had the privilege to be advised by Eva Tardos and then spent two years as a postdoc researcher at Microsoft Research, NYC, as part of the Algorithmic Economics and the Machine Learning groups. He obtained my diploma in EECS at the National Technical University of Athens, Greece. Bio: I am currently working as a Research Scientist and Manager at Google Cloud AI. My current work is motivated by the mission of democratizing AI and bringing it to the most impactful use cases, from Healthcare, Finance, Retail, Media, Education, Communications and many other industries. Towards this goal, I focus on how to make AI more high-performance for the most-demanded data types, interpretable, trustable, data-efficient, robust and reliable. I led research projects that were launched as major Google Cloud products and yielded significant business impact, such as TabNet and Covid-19 forecasting. 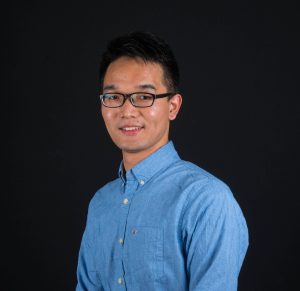 Bio: Yu (Hugo) Chen is a Research Scientist at Meta AI. He got his PhD degree in Computer Science from Rensselaer Polytechnic Institute, under the supervision of Prof. Mohammed J. Zaki. His research interests lie at the intersection of Machine Learning (Deep Learning) and Natural Language Processing, with a particular emphasis on the fast-growing field of Graph Neural Networks and their applications in various domains. His work has been published at top-ranked conferences including but not limited to NeurIPS, ICML, ICLR, AAAI, IJCAI, NAACL, KDD, WSDM, ISWC, and AMIA. He was the recipient of the Best Student Paper Award of AAAI DLGMA’20. He was one of the book chapter contributors of the book “Graph Neural Networks: Foundations, Frontiers, and Applications”. He delivered a series of DLG4NLP tutorials at NAACL’21, SIGIR’21, KDD’21, IJCAI’21, AAAI’22 and TheWebConf’22. He is a co-inventor of 4 US patents.

Bio: Chris was co-founder of Planet Labs, a DCVC company providing unprecedented daily, global mapping of our changing planet from space. As the company’s CTO for 5 years, he took the company from the drawing board to having launched more satellites into space than any other company in history, completely transforming the space industry along the way.

Chris was previously a Space Mission Architect at NASA Ames Research Center. After working on a number of traditional spacecraft programs at NASA, Chris co-created Phonesat, a spacecraft built solely out of a regular smartphone. While at NASA, Chris also established Singularity University, a school for studying the consequences of accelerating technological development. Initially fulfilling the role of Interim Director, Chris helped raise over $2.5 million to establish the university, assembled the faculty, and served as co-chair for the University’s Department of Space and Sciences. Chris received his Ph.D. in Physics (with honors) and BSc. in Physics and Mathematics, both from the University of Sydney. 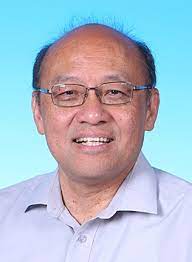 Bio: He graduated from California Institute of Technology in 1970 and received his PhD from the Massachusetts Institute of Technology in 1974. He did research at Stanford Linear Accelerator Center, Stanford University and Fermi National Accelerator Laboratory before moving to Cornell in 1978, where he stayed until last year. He is a Fellow of the American Physical Society. Before joining HKUST as the Director of IAS between 2011 and 2016, Prof. Henry Tye was the Horace White Professor of Physics at Cornell University. He was an IAS Professor and Chair Professor of Physics until December 2019. Prof. Tye’s research interest is in theoretical particle physics and cosmology.
Title: How Our Universe Was Created
Abstract: It is generally accepted that our universe came from nothing. Predictions of this inflationary universe scenario is strongly supported by detailed observational data collected with modern high tech.